Ceniceros is a contemporary artist whose work focuses on two main objects, the female form and earth’s terrain.  These two areas have been his constant for the past 50 years, mostly thru painting though he routinely experiments with other forms.   Ceniceros’ work does not fit into a postmodernist classification as it does not conform to an “anti” posture.  His work is a life long exploration of his art concept, his most personal expression. 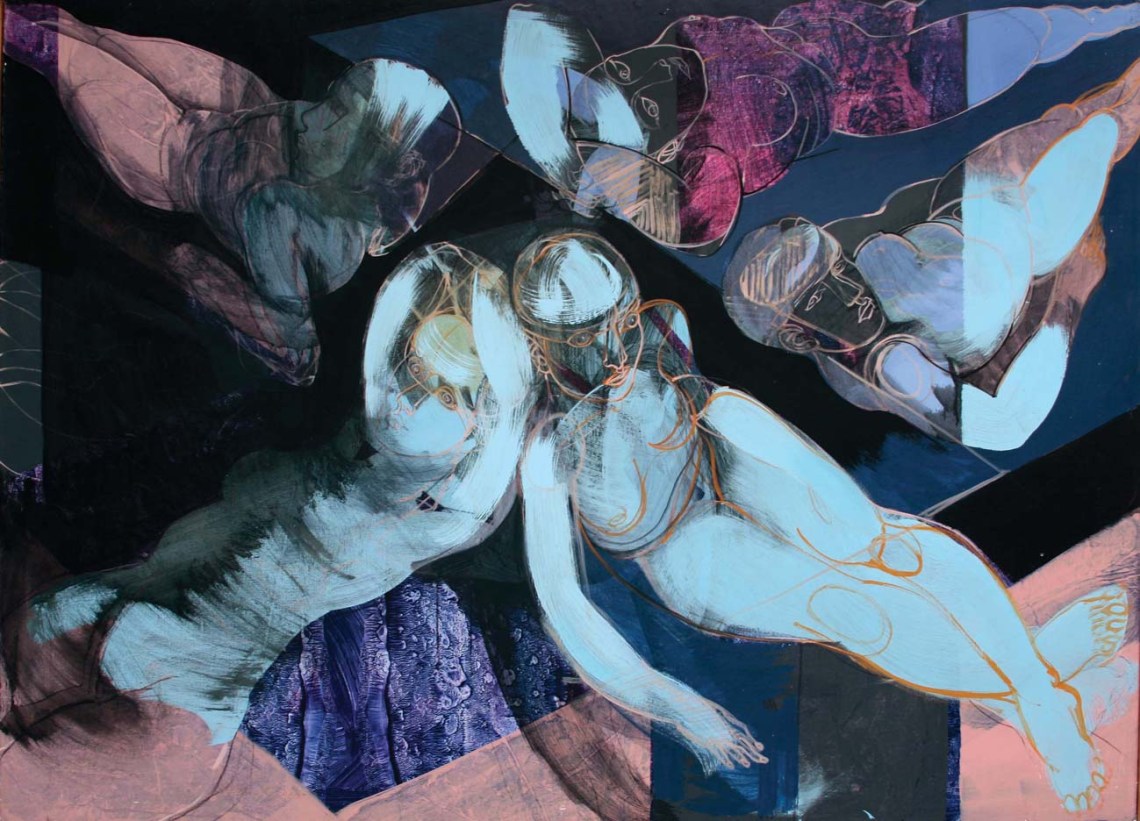 At the time when Ceniceros was working with muralist David Alfaro Siqueiros (mid 60s), a group emerges in Mexico known as the Rupture Generation.  This group seeks to break with what they saw as the tired, left leaning, populist values of the very successful Traditional Mexican School (Rivera, Orozco, Siqueiros).  The group’s art was apolitical, devoid of traditional nativity and in some cases rooted in avant garde global tendencies like geometric abstraction .  Ceniceros belongs to the post-Ruptura generation, a group of artists  that took the aperture of the Ruptura group to evolve Mexican art into an even more individualized form of expression. 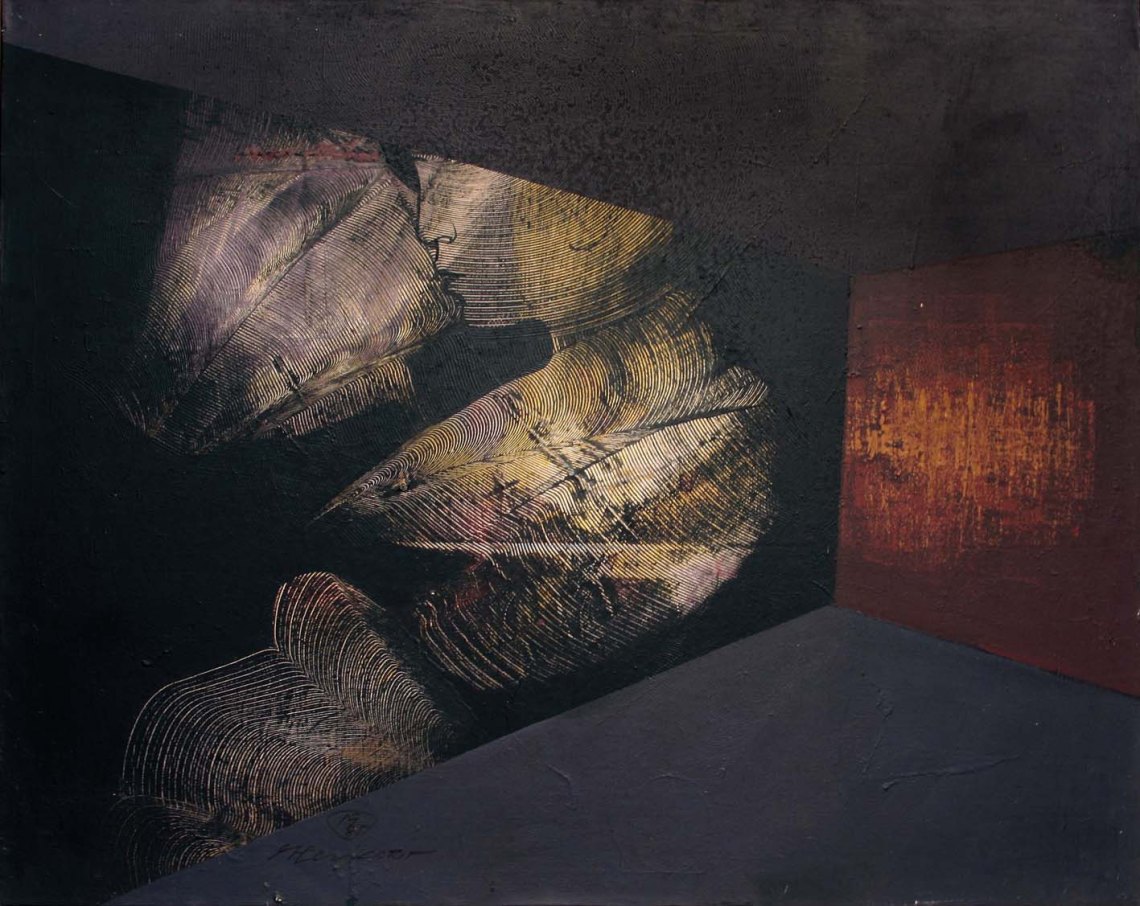 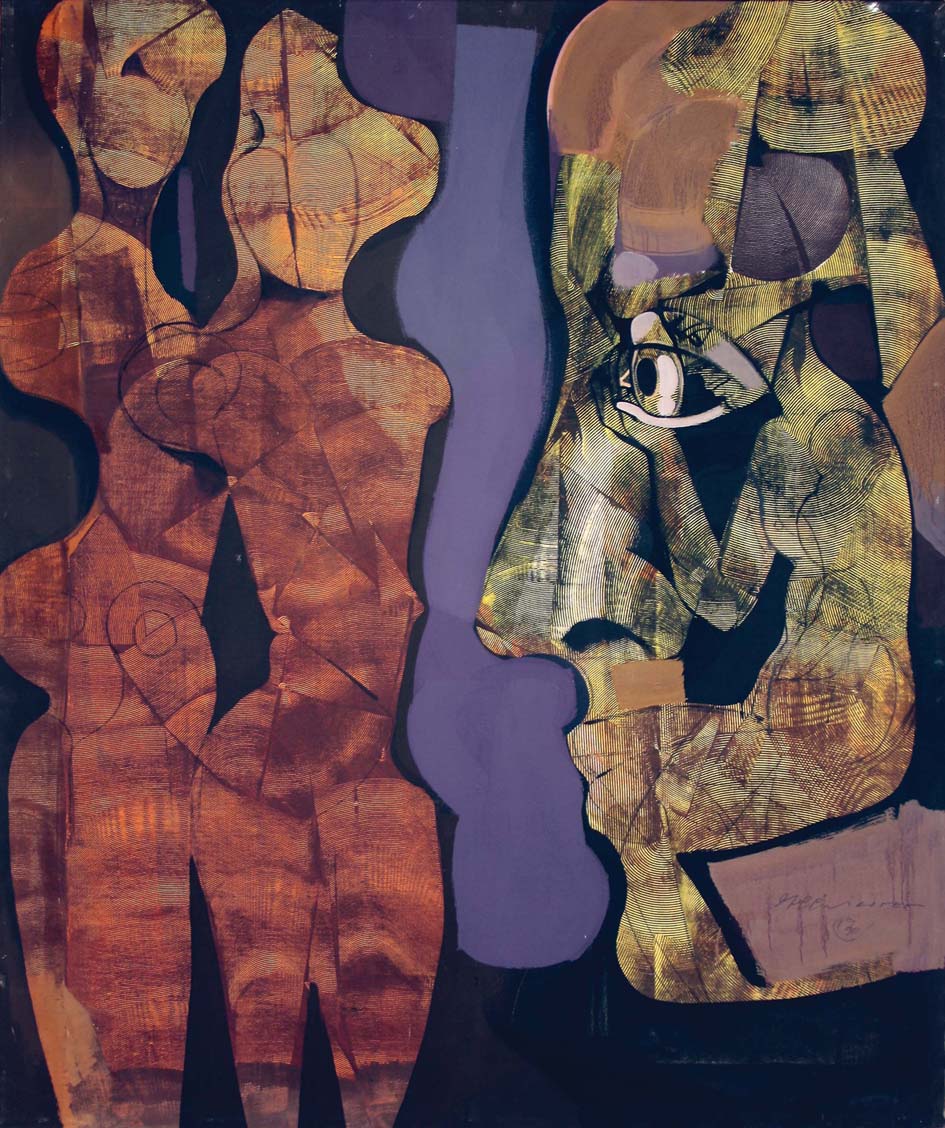 Some of the most important modern Mexican artists work with traditional native values that include indigenous objects, symbolism and colors.  Artists like  Tamayo, Zuñiga and Toledo would fit into this category.  Much of the easel work of Diego Rivera would fit in this category as well.   This type of art is so widely internationally known that it is not unusual for many to expect to see nativist symbolism in Mexican art.  While this is a stereotype in some Mexican art, the modern Mexican masters like Tamayo and Toledo have highly elevated the discourse thru their own artistic language. 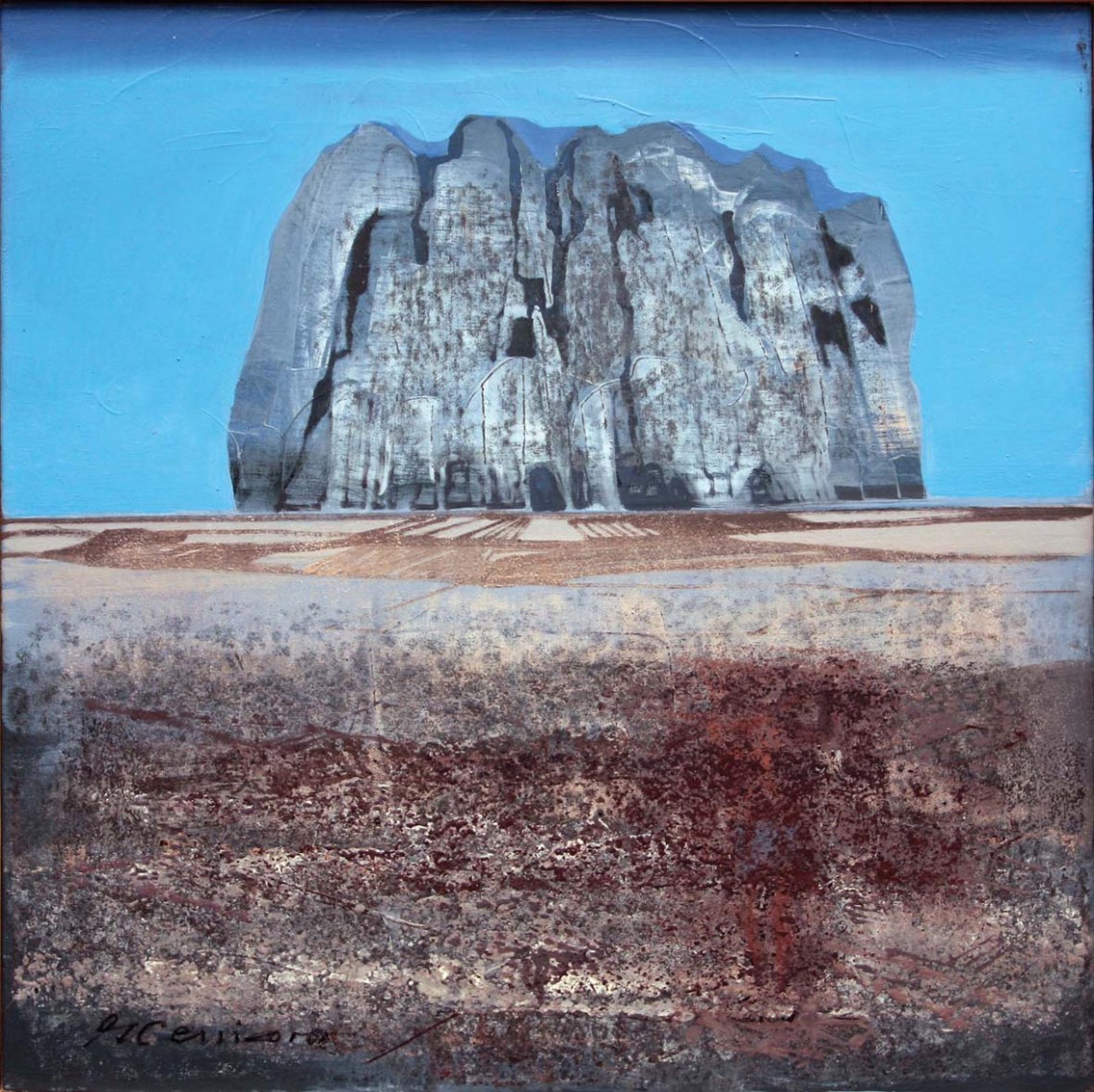 Ceniceros’ canvas work is influenced by his experience with Muralism, however not from its ideological values but rather from its use of space and composition.  In the work of Ceniceros the space often creates new and sometimes impossible architectural visions, the composition that is core to his work.  He is interested in creating a language that is visionary, personal and time transcendent. His concept often centers on the many possible variables of the feminine form.  The female form, geometrical,  not as an object, but rather as a humanist symbol of infinite possibilities.   Ceniceros believes that his work should shroud itself in mystery to allow the viewer to participate.  His parallel obsession is with the proverbial rock, the earth’s terrain equally full of symbolism and mystery.  Thru the span of 50 years Ceniceros’ work continues to stretch into the infinite possibilities of his “variable compleja/complex variable”.